A Remote Desktop Protocol (RDP) is a communications protocol network that enables users to connect to another computer remotely. Let say you work in an office but because of COVID-19, you were asked to continue working at home. The RDP allows you to view as well as make use of your work computer (which is in your workplace or office). This means that you can log-in and access your work computer using your computer at home. As soon as you gain access and are connected, you have now the ability to remotely control your work computer. 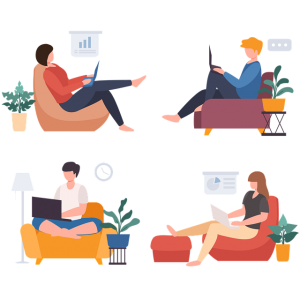 Whether a cheap Windows VPS or an expensive one, you need not to worry about how to gain access to your work computer in the event you can’t make it to your workplace. Basically, this technology allows you to still get work done even though you are at home or travelling since you are connected to your work computer and all the applications you have in it that you use to accomplish work. Through a Remote Desktop Protocol, you don’t have to be concerned about being exposed to the virus or worry about bad weather conditions since you, as mentioned, can already remotely get things and work done in your work computer.

Apart from remotely getting into your work computer and controlling the applications in it, the Windows Remote Desktop Protocol also enables you to play and listen to sound or audio from the remote computer you are connected to. This is of course through your home/personal computer that is connected to it by default. However, you need to make certain that the right options are in place in order to be able to access sounds and audio.

With “work-at-home” and “work-remotely” being the new norm as a result of the COVID-19, there are individuals and companies working to (others are successful) develop a similar system wherein musicians and music producers could remotely produce or complete music as well as allow them to guide and monitor performances in real time and at the same time have the capability to almost immediately access their audio and sound files recorded in their work computer in their music studio.

U.S. TikTok users heaved another sigh of relief as the Trump administration’s ban on the music video sharing app was temporarily postponed by a federal court. A Pennsylvania federal judge ordered an injunction that hindered the government from proceeding with the ban that was supposed to have commenced last November 12, 2020.

Although ByteDance, the company behind TikTok, filed its own lawsuit against the ban that was supposed to start on November 12, the ruling handed down by US District Judge Wendy Beetlestone was the court’s decision over the legal case filed by three TikTok creators.

In a court filing, the legal representatives of TikTok creators Alec Chambers, Douglas Marland, and Cosette Rina argued that the countrywide banning of TikTok would result to the three, losing access to their source of livelihood. It was explained that as creators, they are able to support themselves just by posting unique content on the music video platform. Their lawyer further explained that the app’s “For You” page allows a multitude of unknown creators to put their creations in front of a large audience, as it works on algorithms that distinguishes TikTok from other social media platforms.

Rightfully, TikTok is a video-sharing platform that houses different short videos acclaimed as both informative and expressive, as users deem the video clips as similar to artworks, films, and photographs. Based on Judge Beetlestone’s assessment of the platform, the platform meets the criteria of a medium safeguarded by the International Emergency Economic Powers Act.

According to the Pennsylvania District judge, inasmuch as the US government described TikTok’s threat to national security as merely hypothetical, lack of proof cannot support as well as justify claims that the platform endangers the general welfare of the public. Moreover, her decision to grant an injunction that temporarily prevents the banning of TikTok is to alow creators to have continued use of the platform in expressing themselves, which she also finds as contents that disseminate “informational materials”.

In its lawsuits, ByteDance denies the U.S. government’s claims against TikTok, also asserting that there is not enough evidence to support its reasons for shutting down the video-sharing social networking platform. In a separate statement, the company conveyed appreciation for the enduring support of creators who strived to protect their small businesses, their right to express themselves, and protect their careers especially during these trying times of the COVID-19 crisis.