A car music system is one of the most important additions to a vehicle because listening to music, especially during long distance travels makes driving more enjoyable.

Yet caring for a car’s stereo or audio system is often overlooked. Consider that extreme heat or extreme cold produces adverse effects with the way a car music system works, particularly if the automobile is exposed to weather elements for long hours during days and nights.

Actually, even a seemingly harmless drizzle can bring on acid rain that can seep into tiny spaces or crevices and form the beginnings of corrosion. Acid rain is bad enough as an occurrence, much more so if your car is parked outside during the rainy season. Why wait until all the adverse effects of climate changes take their toll not only on your car’s music system but on other parts of your automobile as well? What you need to do is to protect your car with a water-resistant car cover to keep it constantly high and dry. 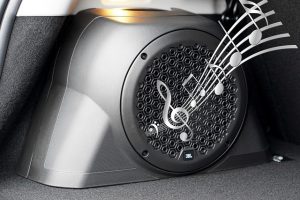 Bear in mind that audio systems require electrical power; the supply of which can be affected by movements, conditions and elements affecting the cables through which the battery power flows. A good cleaning of the wiring and connections to remove build up of dirt, grime and corrosion can help to temporarily deal with such issues. Still, for as long as a vehicle is exposed to outdoor elements, dust settling on oily parts and surfaces will reappear just as quickly.

While we cannot avoid pollutants as we travel from one place to another, we can at least give our car some protection against other elements when not in use. High humidity for one can cause condensation, which brings on moisture to the car speakers. The thing is, the higher the humidity, the more likely for heavy rainfall to occur and create more moisture.

A car that lies bare and unprotected against downpours will sooner or later, have water dripping through door gaps. The resulting moisture or water channeled inside the car can clog car speakers, and affect the voice coil and magnet to produce distorted sounds.

The Protection Offered by Car Covers 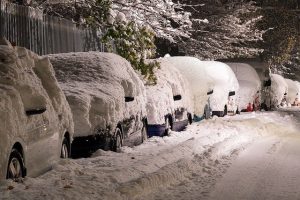 Fortunately, some manufacturers of car accessories are now conducting thorough research in developing protective car covers. In order to provide optimum protection, a car cover must be able to respond to the general conditions in different geographical locations. Especially now when the temperature could be below zero in some parts of the country but fiercely warm in other areas.

As a matter of fact, hail storms that occurred this year brought on hail stones as big as tennis balls, which caused unexpected problems. Even in countries where snow or hail storms have never happened, frozen precipitations rained down and pounded heavily on windshields and back glass of cars parked outdoors.

The need to provide protective coverings for vehicles is not just about preventing water issues from affecting car music systems. Research surveys revealed that a large number of car owners worry about the worsening effects of global warming and the resulting climate changes.

The good news is that consumers can find suppliers of car covers online, offering covers for nearly all makes and models of automobiles produced in recent years. We even came across an online store called thecarcover selling fitted waterproof car covers with a 30-day free trial and free shipping, as guarantee of customer satisfaction for their products.