Music and Fashion, although the relationship between fashion and music sometimes seems complicated, love does indeed exist. It is often a fling of a season, sometimes a year-long marriage without affairs.

Fashion trends are often influenced by what is going on in the music world. In recent years, sports and streetwear influences have dominated the fashion scene. The L / Z 2019 collections are full of it. Guess three times which music trend is by far the most popular right now? Indeed: hip hop. A trend that has been visible for decades. When Bob Dylan sings his protest songs in the sixties and seventies, you see at the same time the rise of ‘workwear’: an ode to the working class and the corresponding way of dressing. Think of jeans, simple checkered blouses, and the best work boots for men. In the mid-1970s, the Sex Pistols and fashion designer Vivienne Westwood forged a close bond.

One And One Is Two

After all, the punks that go wild fit perfectly with the anarchist ideas of the British designer. When Nirvana reached its musical peak in the early nineties, the grunge look also reigned. The then still young designer Marc Jacobs even gets into trouble because of his daring grungy collection: he is fired by his employer Perry Ellis. Jacobs doesn’t grieve for long, builds his own empire and soon converts millions. The outfits of Seattle grunge bands, including Nirvana with Kurt Cobain as the ultimate banner, form a counterpart to the stereotypical tough American macho clothing.

Fashion houses like Balenciaga and Vetements seize today back to that time and launch a ‘poor slob look, but with a hefty price tag. At the same time, hip hop is becoming an increasingly important music movement. Rap – collective Wu-Tang Clan is one of the first bands to launch its own clothing line, Wu Wear. Although in terms of the musical success they have never been able to match their debut album from 1993, the outfits are still a hit to this day. Wu Wear proves to be an inspiration to many others from the same scene, because not much later follow Jay Z, Sean Combs, Snoop Dogg, 50 Cent, Eminem, Fat Joe, Lil Wayne, and Pusha T, just to name a few. With varying success, by the way.

Yet there are also fashion houses that opt ​​for collaboration with emerging talents. Perhaps to show that they are at the forefront when it comes to discovering new faces. For example, a fashion house such as Saint Laurent bombed our cool cover model Julia Cumming into a campaign face, while this season opted for the artistic Charlotte Gainsbourg. (Incidentally, her mother, the legendary Jane Birkin, sang during the Gucci show .) Let’s just say: the right brand ambassador choosing is crucial. And authenticity is the code word. Because only a credible marriage will help both parties. What? A cool image. A lot of publicity. And sales. Very occasionally a fashion label gets something extra in return. Like a tailor-made song: ” Tom Ford ” sings Jay Z, ” Versace ” raps Migos. Priceless.

Only three days to go before the 62nd Grammy Event takes place on January 26, 2020 (Sunday) at the Los Angeles’ Staples Center. Expect fans of Lizzo and Billie Eilish to be at the venue before the awarding ceremony starts at 8 p.m. ET to shower their respective singing idol with their support.

After all, Lizzo is in the lead with eight nominations followed by Billie Eilish’s six (6) while making a mark for being the youngest artist to ever receive nominations for all four (4) major categories. All 6 nominations were earned from Billie’s debut album “When We All Fall Asleep, Where Do We Go?”

Fans of Taylor Swift can’t help feeling a bit sour as their idol received only three nominations for this year’s Grammy. Nonetheless, the 30-year old singer who already has a string of Grammy Awards to show for her more than 16 years in the music business, is elated that “Lover” has been nominated as Best Song of the Year.

Ms. Swift’s other nominations are Best Pop Solo Performance – You Need to Calm Down and Best Pop Vocal Album – Lover.

Other Highlights of the 2020 Grammy Event

This year’s Grammy Awarding ceremony will see the return of Alicia Keys as host, who is herself a popular R&B singer and Grammy winner.

Tips On How You Can Listen Music Always and Everywhere

You may have an extensive CD collection that you want to digitize without loss of quality or you want to save storage space by streaming high-quality music to your computer and other equipment. We list the options for enjoying music – in top quality.

Windows Media Player is a user-friendly program for managing and playing music files. Have you ever 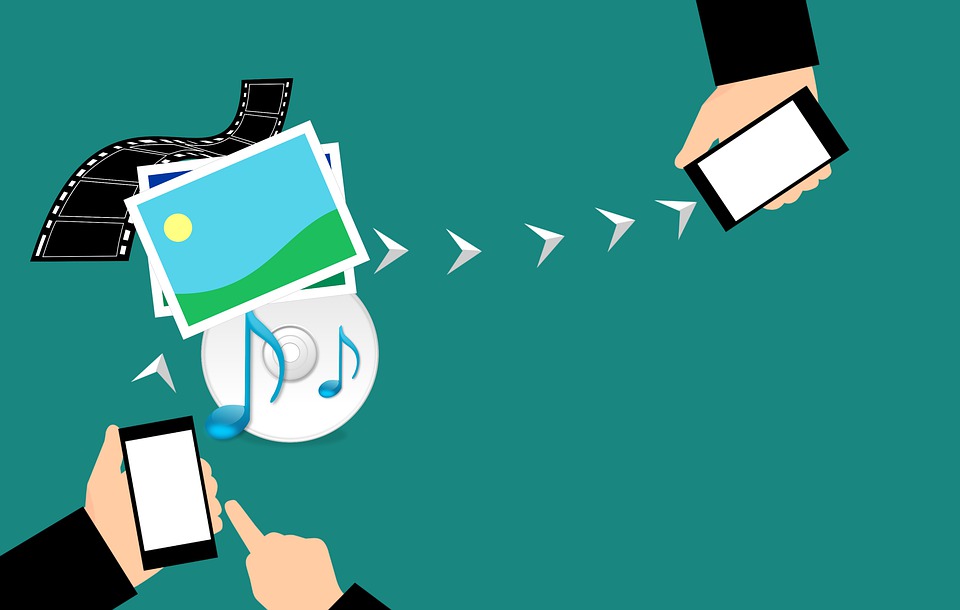 downloaded music via download networks or via an official sales channel? With Windows Media Player you can easily map and store using cheap removalist gold coast all the music on your PC. It is handy that the program is already present in most Windows versions as standard, so you often no longer have to download it.

Start the program via the start menu and click Organize / Manage Libraries / Music. Via Add you select the storage location of your music files. Confirm with Include folder. When the music is stored scattered, you add multiple folders. Double-click Music on the left and use the Artist, Album, and Genre sections to sort the files.

A disadvantage of wav files is that they take up a lot of space on the hard disk, namely around 600 MB per music album, because they are stored uncompressed. A very popular format for storing music files is flac. Although this file type reduces the original music data through compression by about forty percent, there is no loss of quality. With Windows Media Player, CDs cannot be ripped to flac. For this job you use the free software package Exact Audio Copy.

As soon as you start Exact Audio Copy for the first time, choose the desired settings in a configuration wizard. Choose 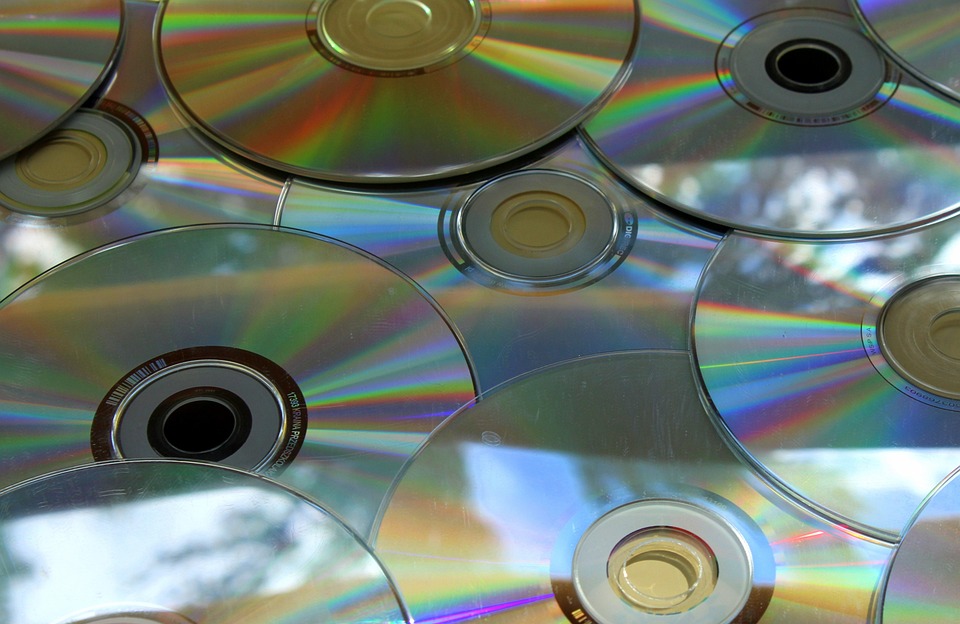 Next and select the CD / DVD drive of your PC. If you only have one, the correct station is already checked. In the next screen you can choose to rip CDs quickly or accurately. With the latter option there is less chance of errors. In that case, select I prefer to have accurate results. The software then asks you to insert an audio CD.

More Famous Artists Set To Perform At The 2020 Grammy Awarding Ceremony; Who Will Win Big?

The 2020 Grammy Awards Night will be another very memorable occasion, not just for the artists who will attend the event, but also for the fans all over the world who are rooting for their faves to win the much-covered Grammy. Big names have been nominated for the “Best New Artist” category, as well as the other big honors that only the deserving artists should get. But before the big announcement, the audience are in for a treat as the Grammy Awarding Ceremony will be filled with a bunch of performers that are out to give us one hell of a night!

On January 26th, we will hear the names of the new Grammy winners. Most likely, these are the same ones whose songs will be heard in our workplace 24/7. But who cares? These are the people who have worked very hard from their humble beginnings to achieve this big. The problem is that there are too many deserving artists and musicians out there who deserve to be recognized for their remarkable talent and dedication to their craft, but there are only limited Grammy awards to be taken home during the ceremony.

Female Artists To Grace The Stage With Their Latest Tracks

Leading the pack of performers at the Grammy stage will be Demi Lovato, which will be her first live appearance since her Grammy stint two years ago. Lovato confirmed her upcoming Grammy performance in her Instagram account.

Another female bigshot that will set the stage ablaze is Ariana Grande, who will give us a memorable medley of her latest tracks from her album. Grande is among the Grammy nominees this year in different categories.

Perhaps one of the biggest moments of the night will be the performances of Lizzo and Billie Eilish, which will mark their very first live performances on the Grammy stage. This is going to be a big night for them, regardless of the outcome of their respective performances, since they are both vying for the “Best New Artist” recognition at the Grammys. Surely, their fans will be tuning in to the awarding ceremony from the moment of their performance until the moment when their names might just be announced as winners.

For the first time together on the Grammy stage, Blake Shelton and Gwen Stefani will have a duet, something that their followers have been wanting to see for a long time since the two admitted to be a couple. Another must-watch performances at the 2020 Grammy Awards Night will come from H.E.R., the Jonas Brothers, Aerosmith, The Jonas Brothers, Run-D.M.C, Charlie Wilson, Tyler, The Creator, Rosalía, Bonnie Raitt, and Camila Cabello. If these are not enough reason for you to watch this big night, then I don’t know what will. If you will not be in front of your television set during the awards night, you can use your tablet instead to watch a livestream of the Grammys. To know the best tablet for this occasion, see these helpful senior tablet reviews and decide for yourself.